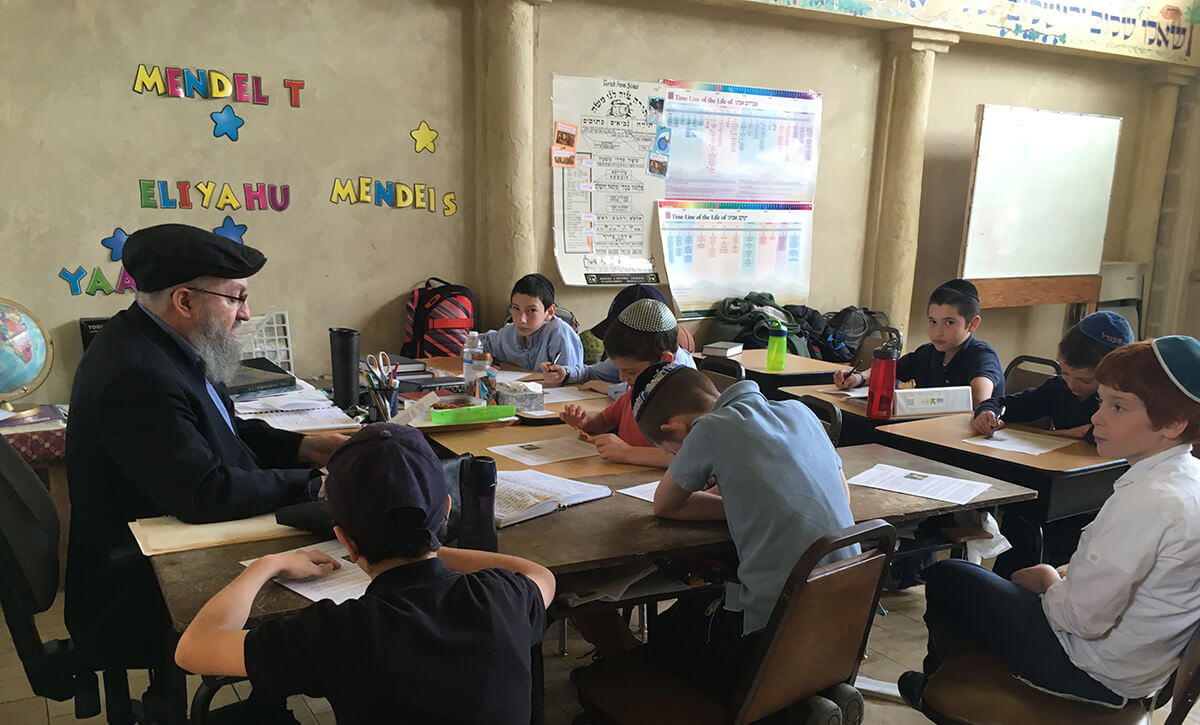 Mr. Murray Cahen received his B.A. in American History at the University of British Columbia. He then attended The University of San Francisco, where he obtained his California State Teaching Credential. After teaching for fifteen years in the San Francisco public schools, he taught at the Lisa Kampner Hebrew Academy, teaching 7th, 8th, and 9th grade history from 2007 – 2016. In 2016, he came to Bais Menachem where he teaches 7th and 8th grade history. In addition to working with his students on the core curriculum, he enjoys discussing the history of San Francisco, political events in the U.S. and Israel, and our great local sports teams, especially the Giants! In 2013, he won the Herbst Award for Excellence in Teaching.

Mrs. Hadas Zaetz received her teaching degree from Beth Chana Seminary in Tzfat, Israel.  She began her career in New York, and has taught Early Childhood Education, Kindergarten, and First Grade. She is currently the Judaic Kindergarten teacher at Bais Menachem, where she has taught for the past 12 years. An adherent of whole-child education, she believes in creating a wholesome learning environment that is hands-on, interactive, and fun.

Mrs. Chani Zarchi serves as the General Studies Principal at Bais Menachem Yeshiva Day School where she has created and runs an innovative program of both Judaic and secular curricula. Mrs. Zarchi graduated from Ohel Chana Teacher’s Seminary in Melbourne, Australia and combines her passion for Jewish outreach and education with cutting edge techniques and personal relationships with her students and congregants. She is also the Education Director at Congregation Chevra Thilim in addition to overseeing all operations at Chevra.

Mr. Tim Poirier has over 30 years of experience teaching Jewish youth, and believes that any student can succeed if given the proper training. He possesses both a California Clear Credential in English Instruction and a Lifetime Teaching Credential in Secondary Education from British Columbia, Canada. He has a B.A. in English, a B.A. in History, and a Diploma in Education. His rigorous middle-school Language Arts classes integrate vocabulary development, traditional English grammar, composition, and reading comprehension. His Speech and Drama curricula develop speaking and listening skills, and provide opportunities to debate, recite, and perform theatrically.

Rabbi Gedalia Potash hails from London, England. He received his Rabbinical degree and ordination at the Chabad Lubavitch headquarters in Brooklyn, New York and has held teaching positions for adults and youth in Australia, Canada, Russia, and, for the past 16 years, at Bais Menachem, where he is currently the Judaic Principal and co-director of our day school. He thrives on helping his students gain confidence and a love for learning in a supportive and embracing school atmosphere.

Rabbi Nosson Potash hails from the UK and has studied at Yeshivas in London, Eretz Yisroel, and New York, where he was ordained as a Rabbi in 2009. He led Congregation Zichron Moshe in Manhattan for two years and has been involved in educating youth for over 10 years, directing educational programs and summer camps in the UK and United States. Currently an elementary Hebrew studies teacher, he is in his sixth year at Bais Menachem.

Rabbi Yisrael Rice is the Executive Director of Chabad of Marin, where he has been a community leader and educator for the past 29 years. Additionally, he is Chairman of the Editorial Board for the Rohr Jewish Learning Institute and a member of its Executive Committee. He was the principal of Yeshiva of the Bay Area from 1989 – 1996, Judaic principal of Bais Menachem from 2009 – 2012, and has taught Judaic studies to grades 1 – 8. An author of educational courses and a national lecturer, he values humor and profundity in instruction.