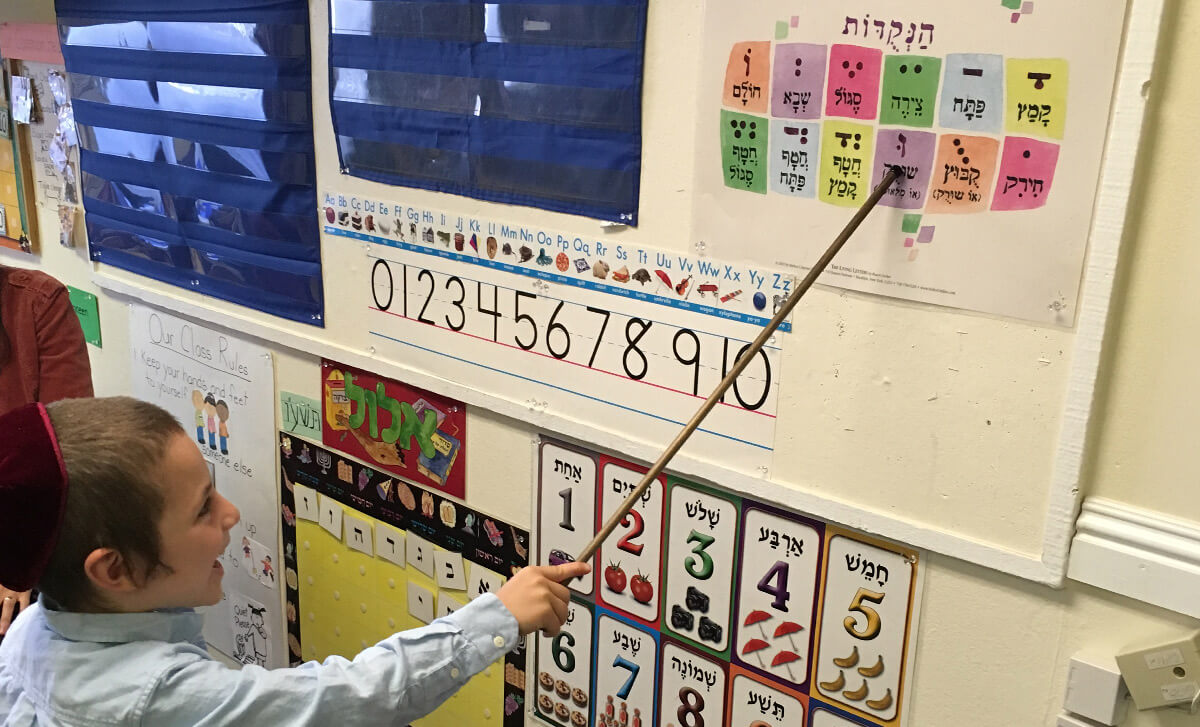 Our respectful and talented students enjoy a learning environment in which they often lead the discussion, cooperate with their peers, engage their mentors, and realize their potential for becoming leaders and spokespeople for their classes, school, community, and nation.

It is a great privilege to teach scholars who appreciate the value of a traditionally rigorous curriculum, and, with the support of their parents, who instill a great respect for learning in their children, our school produces graduates of the highest caliber, both intellectually and morally.

These courses will help prepare students for future high-school work by increasing their knowledge of and appreciation for literature, language, and composition, and improving their skills in reading, writing, listening, and speaking.

Semester grades are not a strict average, but rather an assessment of the student’s consistent performance and improvement on tests, writing assignments, homework, and participation — which includes active listening as well as vocal participation.

This course will enable students to understand, appreciate, develop, and deliver effective speeches through solo presentations and group debates. Additionally, students will comprehend, memorize, rehearse, and present theatrical scenes, some of their own creation.

Students write and deliver persuasive speeches, monologues, dialogues, and short plays, which are either performed or directed by the writer. Students participate in formal debates, judged by teachers and administrators, and participate in theatrical productions presented before audiences.

The mathematics program enables students to develop critical thinking skills, to be active problem solvers, and, most importantly, to foster an appreciation for mathematical thinking and inquiry. Students meet in small groups at all grade levels and receive plenty of individual attention.  In grades 6-7, Singapore Math is used as the primary curriculum. In 8th grade, the text is McDougal Little, Algebra I – Concepts and Skills. Other materials are used to supplement the textbook, and manipulatives are incorporated when appropriate.  Tests, projects, homework, and class participation are all used to assess students’ knowledge.

The Life Science curriculum is presented through a series of PowerPoint lectures.  Students also participate in projects, activities, and labs that attempt to engage students and bring science to life. Students learn about their own body and the natural world around them. An attempt is constantly made to keep the information relevant to the students’ lives.  Tests, projects, homework, and class participation are all used to assess students’ knowledge.

In this course, we begin by studying ancient man, the Stone Age,  and early cultures. Our studies then take us on a tour of the ancient world. We study ancient China, India, Greece, Rome, and a host of other civilizations. The curriculum involves readings and discussion. Students compare and contrast the different societies. Students also participate in hands-on, project- based learning. We also explore:
Ancient Egypt
Ancient Kush
The Hebrews and Judaism
The Early Americas

Our course begins with the arrival of the first Europeans to the New World in 1607. From there, we study the formation of the original 13 colonies. After studying the Revolutionary War, we explore the details of our country’s founding and the writing of the Declaration of Independence and the Constitution. After that, we study the following:
Launching a New Nation
The Era of Jefferson
The Age of Reform
The Civil War
Industry and Urban Growth
Political Reform and the Progressive Era